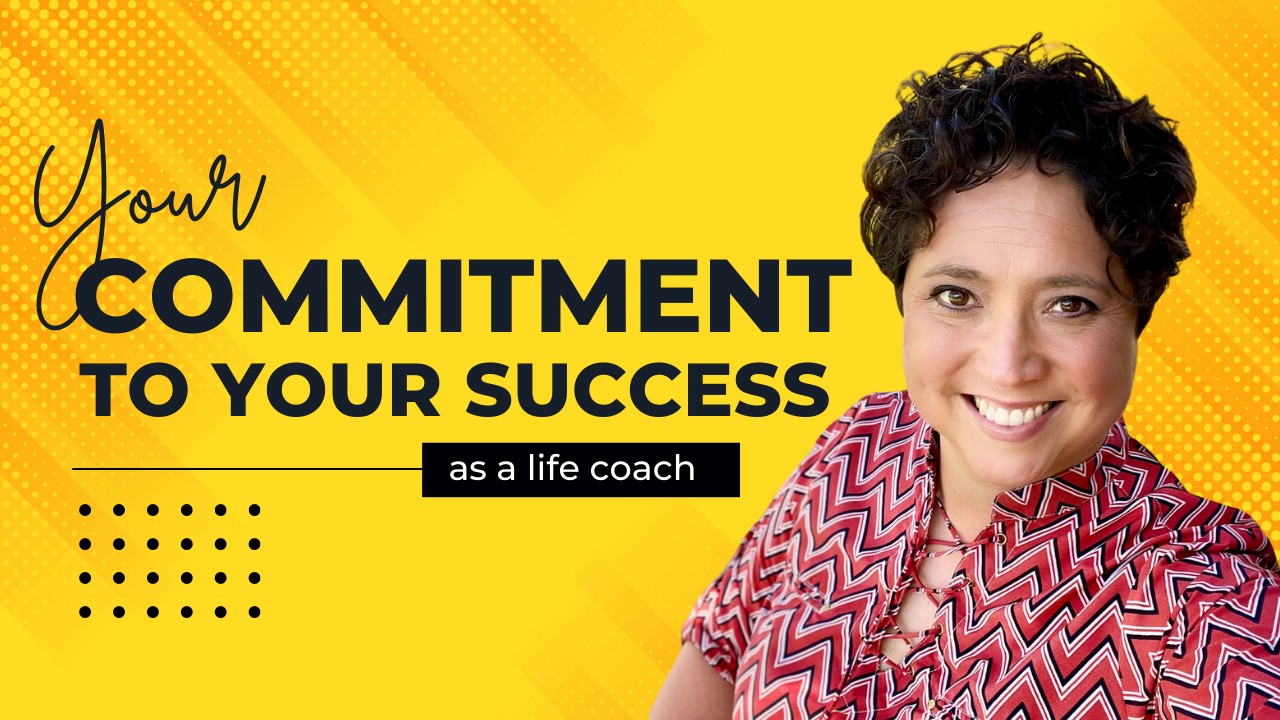 Your Commitment to Your Business Success

How you choose to commit to your business is everything because beginning a new goal with halfhearted effort is a disaster in the making.

And yet, so many new coaches are doing just this.

The evidence of their lack of focus and commitment is all over their social media profiles.

You have to be fully committed to your business which involved having:

Recently I was thinking about how whenever I set out to prove something - because someone had doubted my ability - I always hit my goal.

This made me wonder what was different then than when I set a goal on my own.

It was my commitment.

I was so committed to proving them wrong, that I left no room for doubt or confusion.

I just got to work with an intense focus and did what needed to be done.

And I was persistent until the result was mine.

Using the negative spite energy — which is high but not sustainable — I have two vivid memories from college.

Both were done to prove someone wrong based on what they had said to me.

In the past, I’ve had a high need to prove people wrong. It still comes up sometimes, but I now think with a more mature brain that keeps me from being so triggered and responsive.

But I still want these types of powerful results.

And I bet you do too in your life and business.

So what is the secret? What was it besides the high energy of needing to prove someone wrong that drove me forward?

Because I was so intently focused, I was able to drill down with clarity on achieving my goal.

I didn’t have space for doubt or confusion in my brain. I just held full belief for myself that I would do it because I believed in myself and my capability.

It is this that will change everything for you.

But too often we doubt ourselves and don’t have a clear commitment. We go into things with halfhearted focus and effort and then wonder why we don’t get the results we seek.

Manifesting requires solid focus and commitment now; not after you have what you want.

No matter what I was not going to give up. Giving up would mean admitting someone else was right and I was not willing to do that, especially since it was my rep on the line. I had to prove what I was worth. That was the negative aspect of it.

But now I know that persistence in and of itself is the drive that will keep you going.

You cannot give up on your commitment.

You have to keep taking action, over and over, until you achieve what you want. Things come when we are ready, and that persistence is your willingness to keep trying and working until you have it.

Don’t give up on yourself.

Enter your details below to join the challenge.